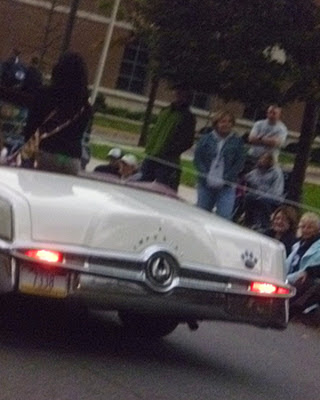 The challenge of taking photos at the Penn State Homecoming Parade gave me a greater appreciation of Abraham Zapruder. 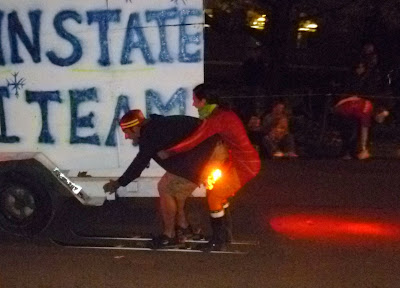 Members of the Penn State Ski Team give new meaning to the expression "Fire In the Hole". 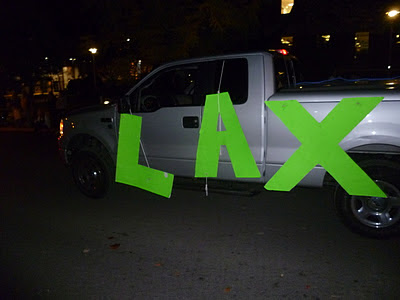 I was quite surprised to see an entry from Los Angeles International Airport. 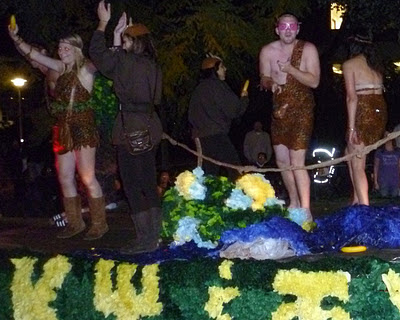 It wouldn't be a homecoming parade without a bunch of kids dressed up as cavemen. The cavemen, of course, complimented the parade's theme of "Fraternity Kids on Semi-Decorated  Hay Wagons" perfectly. I don't know what Bono was doing on the float. 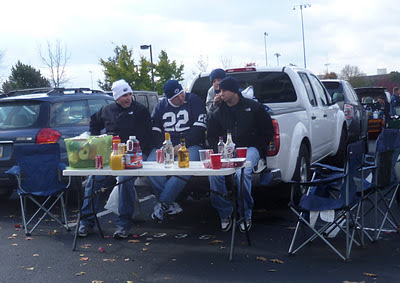 I betcha won't forget the chardonnay next time, will ya, Denny?"
Posted by Rick Bryant at 9:06 PM