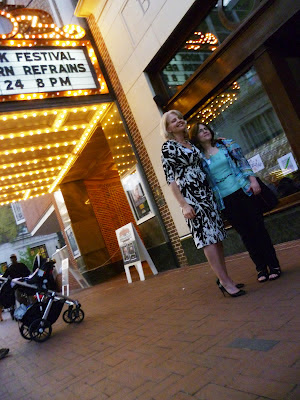 There's a great line in John Berendt's Midnight in the Garden of Good and Evil where the protagonist is describing Savannah to a friend back in New York City: "It's like Gone With the Wind on mescaline." Charlottesville isn't quite like that, but almost. It's more like The Olde South meets the People's Republic of Berkeley. 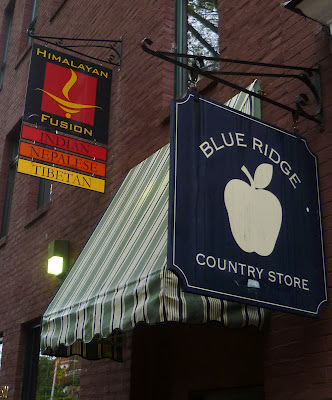 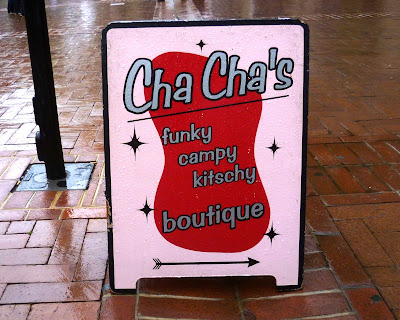 I'm pretty darned sure that both Alice Waters and John Waters would feel quite at home there, not to mention any minor Continental royals who are tired of the bad plumbing, lack of cable TV, and the abysmal Thai food delivery options at the family schloss back in the Old Country. 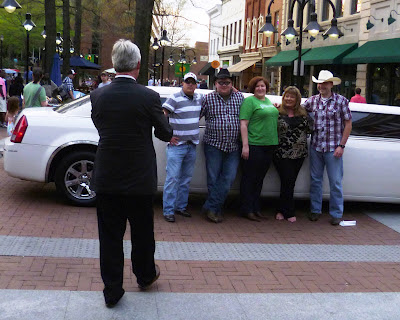 And there are plenty of regular Virginians, too--the kind of folks who, if they didn't have such good manners, would roll their eyes at all the highfalutin' tomfoolery and drawl "there they go again!"

The first program I went to at the Book Festival was a reading by various UVa grads. I didn't really care about any of them except for Chad Harbach. He wrote The Art of Fielding, which I just finished the other day. I loved the the book, so did my best to get there in time to hear him read.

I arrived in the middle of a poetry reading by either some woman named Jazzy or  some other woman named Brittany. Hey if you are going to call yourself a poet, you might as well go by the first name Jazzy. Her poems sounded like a string of random words and occasionally one of the words would refer to a personal body part that is commonly covered by underwear. Unless you're going commando, I mean. Apparently poets named Jazzy do not do iambic pentameter or rhyming couplets. They go in for a trickle of consciousness that focuses on out of body experiences that take place on hospital gurneys. At least that's what I think she was talking about. I wasn't exactly certain. And didn't have the nerve to raise my hand and say, "Excuse me Jazzy. I don't understand. Is this going to be on the test?"

The room was packed and when they were changing poets on stage woman next to me commented that my silver bracelet looked like vintage Georg Jensen. This sort of thing never happens in State College. In State College someone would ask if my grill were vintage George Foreman. My neighbor was a local, an attractive-ish woman of a certain age (plus a few) who wore artsy sportswear and bright blue oxfords (two thumbs up on the shoes!). She was carrying The New Yorker (of course). She said that she reads the movie reviews first and admitted to sending in a caption to the cartoon caption contest once. She was sure that she'd nailed it, and of course, she never heard from the mag. Ever. Her voice was two thirds Virginia and the remainder equal parts Bombay Sapphire and black coffee. She'd read The Art of Fielding, too, but got tired of Henry, the main character. I replied that I wouldn't say I got tired of him but I certainly was ready for him to have a Disney-like redemption since my literary tastes ran to P. G. Wodehouse and romance novels with Fabio on the cover. 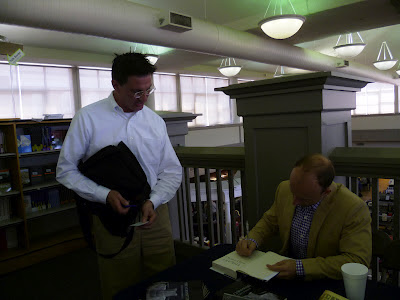 After Brittney (or was it Jazzy?), Chad Harbach read a couple of chapters from his book, and then all three writers took questions from the audience. A couple of the questioners seemed to be channeling their inner William F. Buckley since I had no clue that they were talking about. The poets seemed to, though. Or at least they did a passable job of faking it. I was the second person in line for the book signing. Chad signed my book which actually belongs to my friend Susan. He was quite charming and gracious, and if his fame is a drag to him it he didn't act like it. I should have asked him if he could have validated my parking. 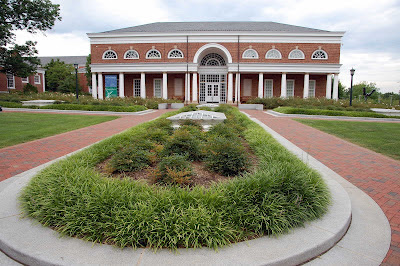 After The Jazzy and Chad Show it was time for a personal tour of the Albert and Shirley Small Special Collections Library.  It was so cool. They showed us everything from a letter signed by John Rolfe (Mr. Pocahontas) to the original manuscript for William Faulkner's The Sound and the Fury. Faulkner wrote in longhand, on yellow legal paper, in about 4 point type. He did not cross any of his t's. No joke. Rose Mary Woods would have taken years (plus 18 minutes) to decipher and type the book.

A little later it was time for a panel on Leo Tolstoy, E.B. White, and Kurt Vonnegut. The presenters weren't dry academics so the discussion was more fun than any panel on Leo Tolstoy, E.B. White, and Kurt Vonnegut had a right to be. The guy who wrote about E.B. White did seem to be channeling his inner drag queen and started to get the vapors when he talked about visiting White's barn in Maine, but thankfully that episode passed before he needed smelling salts. The counterpoint to his vapors was hearing how Kurt Vonnegut tripped over his yappy dog's leash and fell down the stairs of his brownstone, conking his head. He went into a coma and never recovered. What a way to go! I'm sure it was a bad day for the Vonnegut family but it made for an interesting story.

Dinner was an al fresco feast of fish tacos at a restaurant that used to be a gas station. According to its web site, "Mono Loco is Charlottesville’s original nouveau-Latin restaurant." I didn't even know that nouveau-Latin was a genre of restaurant, let alone that there were non-original knockoffs of the real deal in that dining category.

The post-dinner event was a moderated chat between bestselling novelist Steve Berry and another bestselling novelist I'd never heard of, Lisa Gardner. He's a former attorney and likes golf. She writes murder mysteries and enjoys taking kickboxing lessons with  her husband and daughter. I don't know where they come in on Frank Sinatra, freshly baked chocolate chip cookies, and long walks on the beach. Work wise, she writes murder mysteries and you can enter a contest on her web site to get her to kill or maim one of your friends. He writes books called stuff like The Jefferson Key and The Romanov Prophecy. He's prolific to say the least, and has a zillion books in print, all of which were probably purchased in airports.

After hearing him talk (and overhearing him in the parking lot saying "I was sitting in Chanel in Paris when....") I decided that the titles for his books worked like menu at an old fashioned Chinese restaurant--one from column A and one from column B.

Some stuff on the rest of the trip will follow in a later post. My copy of The Gibraltar Circumcision just came from Amazon.com and I can't wait to start reading. I hear that in some quarters it's a religious experience.