I recently got to spend a couple of nights at the Bedford Springs Resort in Bedford, PA. I'd heard how nice it was from several people, but frankly, I was expecting something cheesy. You know, phony colony this and that, with a smattering of faux Dorothy Draper just for good measure. In my mind that's what resort hotels where one "takes the waters" look like these days.  Well, I couldn't have been more wrong. 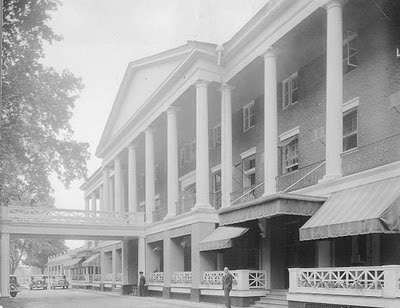 The place really is beautiful, and actually historic, too. Ten Presidents of the United States have stayed there. Not all at the same time, of course.

President Buchanan was actually staying at the hotel when he received the first transatlantic cable--from Queen Victoria herself, asking the President if he had Prince Albert in a can. 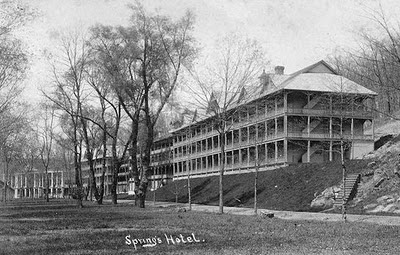 A few years ago, the hotel was lavishly brought into modern times, and once again you can go there and take the waters, or do as I did, and take the bourbon, and pass on the water.

If the hotel is a little rich for your blood, there are other local hostelries, too. 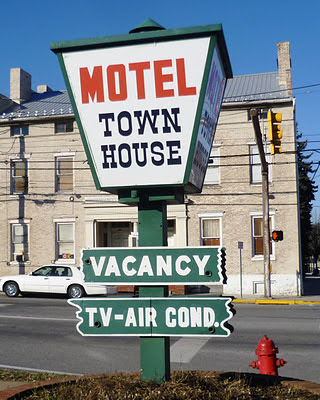 TV-Air Cond. What more can the modern traveler want? 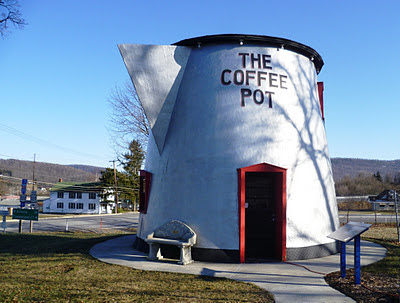 Morning coffee, that's what. The Coffee Pot, built by David Koontz in 1927, is a great example of programmatic architecture. It sits just outside Bedford along Route 30--The Lincoln Highway--across the street from its original location. After it was threatened with demolition, it was moved and restored in 2004.

When I travel, I always have room for ice cream. 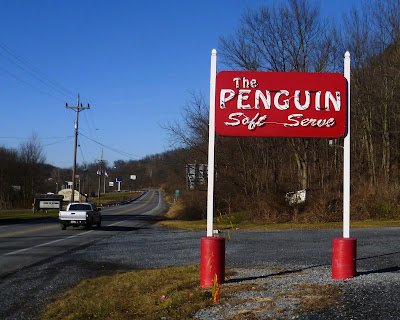 Alas and alack, The Penguin was closed for the winter. 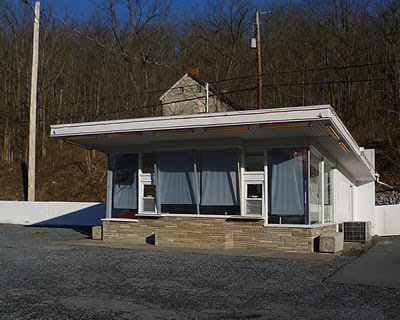 Just not this one apparently.