My Life in Pictures, Part One

I'm enrolled in RULE, Penn State’s Rural Urban Leadership Program. It’s a two year program, designed to take duds like me and turn us into better leaders, through two years’ worth of intense three day institutes. My classmates are a great bunch of people from all over the Commonwealth. OK, there’s no one from Philadelphia, but that shouldn’t come as a surprise.  It seems as if in any venture I’ve been involved in, from the insurance business to tourism, there’s the rest of the state and then there’s Philadelphia. They get Mummers, Pat’s and Geno’s, and the rest of us get the rest.  Not a bad deal, I suppose.


Our assignment for the last institute was to do a five minute talk on who we are and why we're in the RULE program.We could do something with photos or skip the photos and just talk. I think interpretive dance was an option too, but my leotard is in the shop being overhauled, so I just stuck with photos. I can't imagine how boring my talk would have been without them.
In my quest for visual aids, I looked through my old boxes of photos, and then I looked through my sister’s old boxes of photos too. Oh my. We found some scary stuff. But some great photos, too. This is my maternal grandfather, Harry Nehrig, a leading citizen of Patton, PA. Since he lost a leg in a farming accident as a kid, he was deemed unsuitable for farm work and became the first member of my family to go to college. IUP, Class of 1916. It was called Indiana State Normal School in those days. The photo dates from the 1920s, I believe. It's in a great zig-zag moderne paper frame. I named the wireless network in Stone Harbor after him. I am sure that none of my neighbors looking to freeload internet know who H.H. Nehrig was. 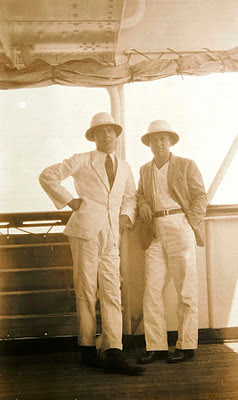 That’s my paternal grandfather, known by my immediate family as Willis, Sr., on the left in this photo. He's en route to Sumatra where he worked for Royal Dutch/Shell. The photo was taken in 1925, according to my grandmother's writing in pencil on the back of the picture. It takes a certain type of man to wear a pith helmet and a rumpled Ralph Lauren-esque tropical suit. Of course, if you can't wear that stuff on a slow boat to the Dutch East Indies in the 1920s, where can you wear it? 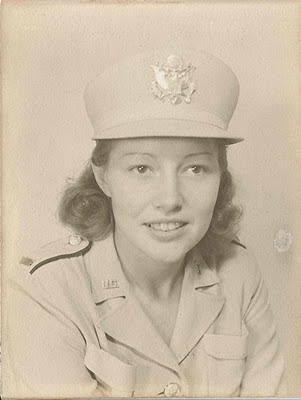 My mother is in her uniform as a member of the U.S. Army Medical Corps in World War 2. I think she was 24 or 25 at the time. I am surprised that she doesn't have a cigarette stuck behind her ear. 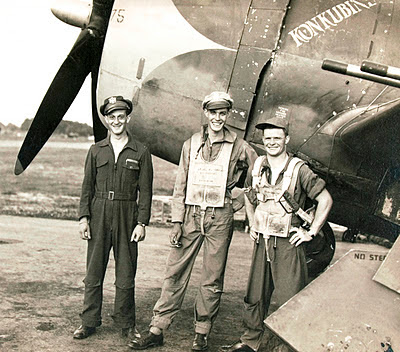 Here we have my father, Hawkeye, otherwise nicknamed The Real Willis by my friend Tom. (I'm Willis the Lesser for those of you not in the know.) He was the wold's best fighter pilot. At least that's what he said. I don't know who the two guys on either side of him are, but I think he told me once that one of them was killed in the war. He didn't write their names on the back of the photo. While this is a P-47, it's not my father's plane. His was called Old Saucer Ass, after his uncle's dog. Hawkeye told me that his C.O. wasn't very happy about the name of the plane, and of course, my mother wanted it to be called the Miss Betty or something like that. My parents would have been married (in Nancy, France) not too long after these photos were taken. 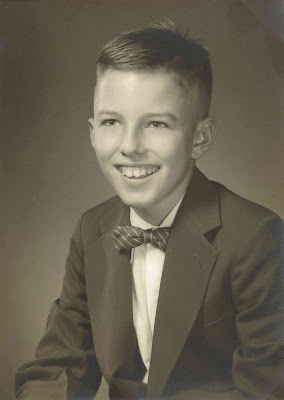 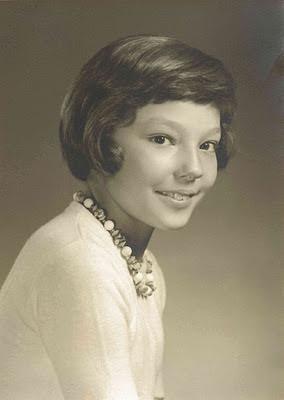 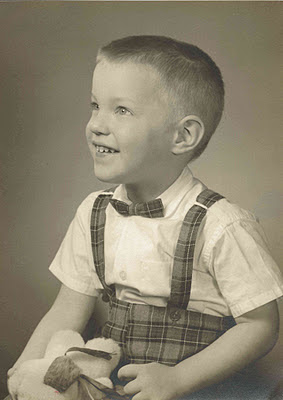 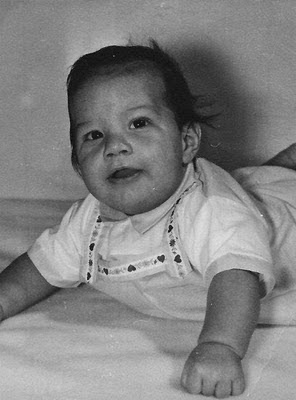 Bill Coleman took these delightful portraits of my siblings and me in 1957..or maybe early 1958. I suppose that was before he was on the Amish bandwagon, or gravy train, as it were. He must have owed my father money, I can't imagine my parents actually wanting to have our portraits taken. My mother called to make an appointment to have all four of our portraits taken, but Bill told her that babies didn't have any personality. And he might have even said that all babies look like Winston Churchill, I wouldn't have put it past him. Bill's attitude made my mother mad. Shocking, no? She wanted to cancel the entire photo shoot, but was talked out of it, which makes me think that Bill really did owe my father money and the only way they were going to see anything was to have some photos taken of the evil brood. My mother took me along, since she had no babysitter. Bill Coleman thought I was charming (or at least pretended he did) and ended up taking my photo anyway. Jim would have been about 12, Carolyn about 10, and Rob, 2-ish. 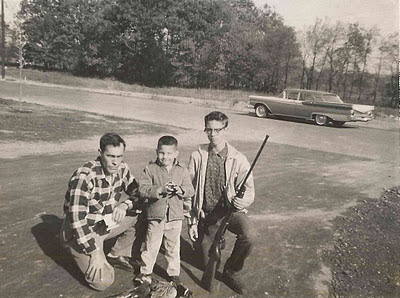 I put up this photo when I said that my family was very colorful and that more than one of my friends had remarked that the Bryants were right out of a southern novel. I don't recall if my classmates laughed, but I thought it was funny and as we all know, I'm my best audience. It's one of my favorite photos. I don't know who drove the 1959 Ford in the background, but I am going with Robert Villamagna's suggestion that it was the pheasant.
I will post things from the color years a bit later.
Posted by Rick Bryant at 9:21 PM