The other day I went to the Christkindl Market in Mifflinburg. It's one of my favorite festivals. Then again, I say that about just about every festival I go to. I even like the Reedsville Fireman's Carnival, since that's where I learned to make cotton candy. Yes, I did manage to get it in my hair, on my clothes and all over the cotton candy trailer, my teacher, our coworkers, and the visiting delegation of notables from Minot, North Dakota. None of that comes as a surprise, I suppose. Anyway, it takes a pretty crappy festival for me not to find something that I like. 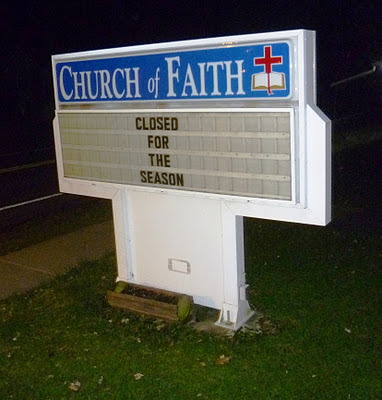 Mifflinburg is about an hour to the east of State College on Route 45. There are lots of interesting sights on the trip: farms, both Amish and otherwise; cute little towns, the Hanover vegetable cannery, and Woodward Camp. There are plenty of outposts of the United States of Generica, too: self-storage places, drive-in banks, mini strip malls, and still more self-storage places. The little town of Hartleton used to be known only for its speed trap. Now it can be known as the home of the church that's closed during Advent. 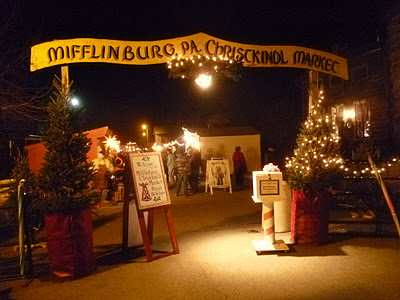 The Mifflinburg Christkindl Market celebrates the town's German roots. The Festival starts on Thursday evening and lasts through Saturday. It's sponsored by seemingly everyone in town, except the tattoo parlor. Yes, there is one in Mifflinburg. Captain Howdy's Tattooing had the good sense to know that cold weather wear would be covering all the "body art" of skulls wearing Amish hats, Harley-riding distelfinks, and Olde English script proclaiming "Kissin' Don't Last, Tattooing Do". 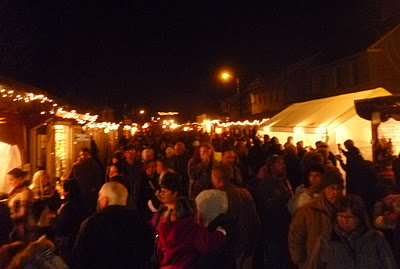 The crowds really come out for the event. Of course Central Pennsylvanians, a large bunch anyway, take up even more space in bulky winter coats, so it doesn't take all that many of us to fill a street. Nevertheless, there are lot of people there. Mifflinburg's Market Street is lined with wooden storage barns (in place of the standard non-Teutonic white tent) where they sell all sorts of German stuff from cuckoo clocks and Hummel figurines to Walter Ulbricht and Erich Honecker action figures. (Yes, they were clearance items.)  I have more than enough East German memorabilia at home, so I pay more attention to the food rather than the gift-y items. The chicken corn soup with rivels made and sold by the Hartley Township Volunteer Fire Department is reason enough to go to the Christkindl Market. If Calvin Trillin were to taste that soup he would seriously consider joining a hunting camp in Hartley Township just to have a regular source of the stuff. 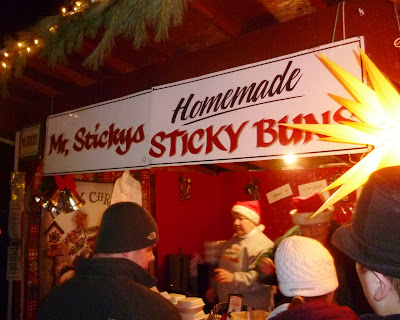 Mr. Sticky (or would that be Mr. Stickys, since there is no apostrophe?) is the former brother-in-law of Mrs. Moist, the maker of Homemade Pennsylvania Dutch Style Intimate Wipes. 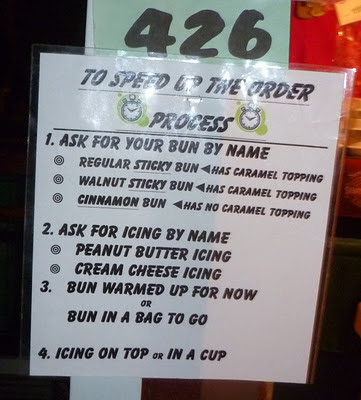 The folks in Mifflinburg clearly are serious about their buns. You do not want to make Mr. Sticky--or the trenchermen behind you--mad by slowing down the line. I noted that low calorie is not one of the bun options. 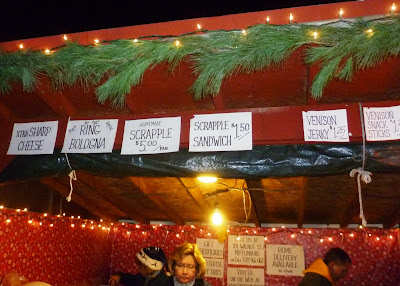 It's not just the sweet, but there is plenty of savory, too. Unlike the sticky buns, the scrapple sandwich does not come with ordering instructions. 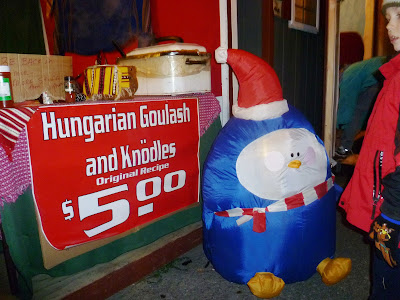 I think the penguin has had enough Hungarian Goulash. The Gabor sister working behind the counter is taking a break to get married or attend a Green Acres reunion, or maybe both. 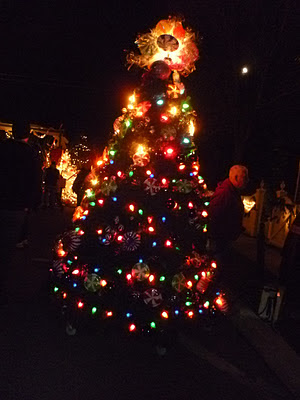 The rolling electric Christmas tree is one of my favorite parts of the festival. It cruises through the Christkindl market playing Christmas tunes, acting like a cross between Cousin It from The Addams Family and a Fraser Fir.  It was on the fritz (I couldn't resist that not exactly pro German metaphor) when I first walked by. Since I was a friendly and available guy (well, not emotionally available, but we didn't get into that), one of the women trying to get it moving asked me to go inside the tree and to jiggle two wires together to jump start it. There is a hidden hatch on the side of the tree, and it opens a bit like an Mercury space capsule. Unfortunately I am neither an arborist nor a mechanic, and I wasn't able to get the sap (or the motor) up and running. Someone on the festival committee came by not too long after me and in a jiffy the tree was back to its bright and musical old self. 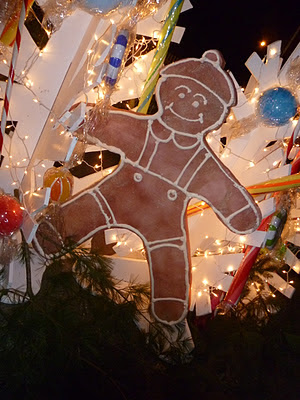 This is actually a giant gingerbread man at once of the entrance gates. Even the Festival's decorations look like something tasty to nibble on. 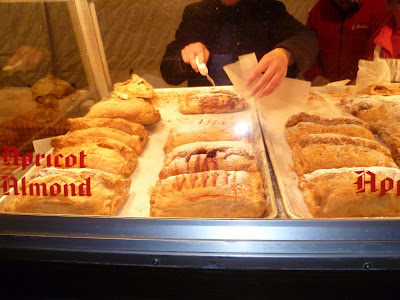 The strudel was warm, flaky, and tasty, just as Sergeant Schultz always imagined it to be. 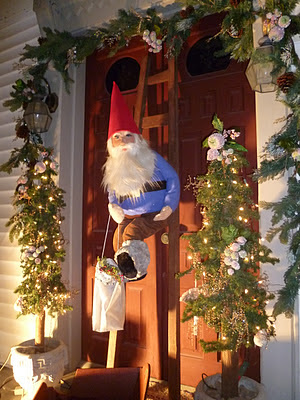 The residents of Mifflinburg living near the Christkindl Market decorate for the holidays, too. There are luminaria sprinkled liberally along the town's side streets. Lots of buildings have electric candles in the windows, and there is the occasional house with a little bit of everything: a Santa, a Nativity scene, an inflatable snowman, and some candy canes, just for good measure. Then there are the decorations that I couldn't figure out, like this one. I don't know about you, but my takeaway from the Mifflinburg Christkindl Market will always be that there is no place like gnome for the holidays.
Posted by Rick Bryant at 9:06 PM