I love the Jersey Shore in December. 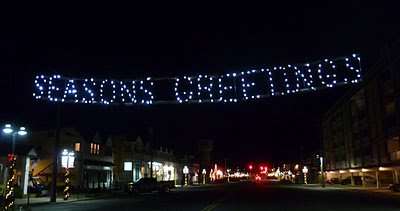 As you can see, there aren't many people about, at least on a weekend night in Stone Harbor. Lots of the "locals" have already decamped for Naples or Bonita Springs. The stores are open, and virtually everything is on sale, except at The Christmas Shoppe, which is filled to the rafters with Christmas ornaments and mostly hideous, ok, make that "not to my taste" tschotskes. Looking for hand carved ornaments of various figures of the Orthodox Church? They have 'em. You want a Nun's Beach ornament featuring Santa and Sister Mary Margaret riding tandem on a longboard? It's the place to go. And if you are lucky, you will get to hear the dulcet tones of the old-bag-in-chief as she makes snarky but sotto voce comments to the gardening program on the small radio that's behind the counter. It's Christmas music for the browsers in the back of the store, but New Jersey Public Radio (with live commentary about rutabagas) for the customers making a purchase.You can't get much more Christmas-y than that! 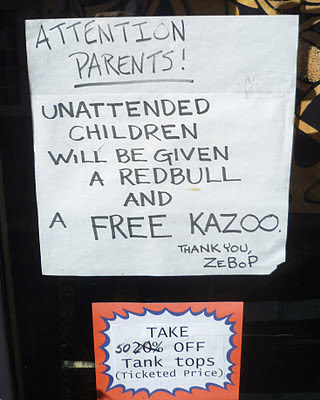 Stone Harbor store clerks are also very welcoming and even provide a free drink and age appropriate gift to children who have become separated from their parents. How thoughtful is that?  AND you can get 50% off a tank top! Tube tops, the national garment of Lower Delaware, are not marked down. 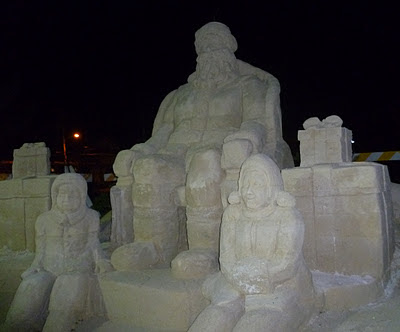 There is a sand sculpture of "Sanda Claus" on the vacant lot (aka "park") that's in the middle of downtown Stone Harbor. It looked about as animated as someone laid out at Altoona's Jones Funeral home. But hey, it's not every day that you see a girl with a muff in a sand sculpture. 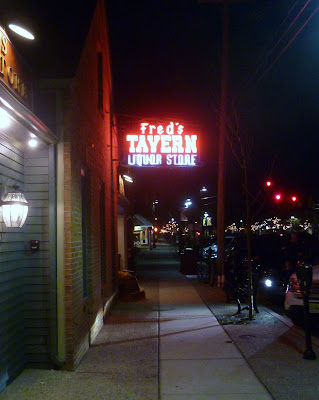 At my favorite bar in Stone Harbor (now also serving pretty good food) every single person in the restaurant turned to look at my friends and me as we walked in for dinner recently on a Friday night. I almost expected some laconic cowpoke dressed in black to mosey up to us and drawl "We don't get many strangers in these here parts."

Saturday meant getting the house ready for the winter. The drill is picking up the detritus left behind by friends, vacuuming madly, scrubbing the bathroom, shaking out rugs, cleaning out the refrigerator, alphabetizing the spice rack, and drinking the dregs from the not quite empty liquor bottles. Experience has taught me that you get better results if you do the alphabetizing before you polish off the last little bit of Jim Beam.

After the cleaning frenzy it was time for dinner at Lucky Bones in Cape May. 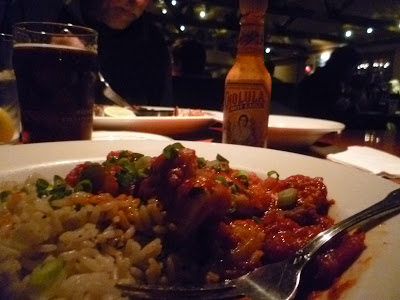 The place was packed, and the food delish.  After dinner, one of my friends suggested that we drive through Cape May to check out the Christmas decor. I was all set for folks in Dickensian costume passing out Bob Cratchit Victorian Christmas Fudge outside The Fudge Kitchen, or a a giant inflatable Clement Clarke Moore, coming out of an outhouse holding the a copy of A Visit from St. Nicholas in the yard of the Emlen Physick Estate. Merry, merry!

However, before we found either of those attractions we were caught in the tail end of the West Cape May Christmas Parade. I didn't even know that West Cape May had a Christmas Parade. They do, and it's quite something. We missed the Mummers (oh my), marching bands, and the Lima Bean King and Queen (drat), but we did see lots of fire trucks swaddled in strands of Christmas lights. There was some sort of blockage (perhaps a coup attempt involving the Lima Bean King, a la Anwar Sadat) that kept the parade stationary for some time. That was just the excuse the fire trucks needed to let loose with every horn, whistle, bell and other honking device that they had on board. It was great! 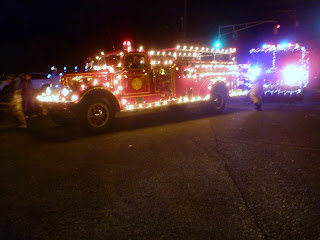 It's not done until it's overdone is apparently the motto of both florists and firemen. 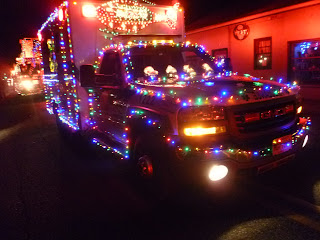 Lights on an ambulance mean that ambulance chasing lawyers get even more opportunities to enjoy the exuberant joy of holiday decorations. 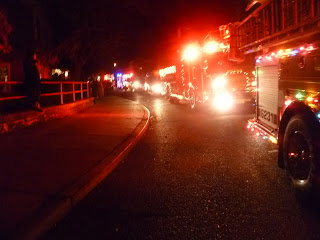 It would have been a good night for arsonists in every little town in Cape May County, since all the fire trucks seemed to be in the parade. 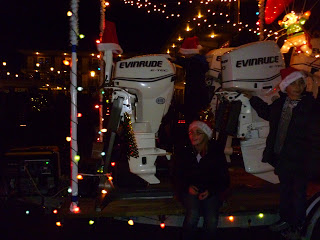 There is nothing like a manger scene rendered in Evinrude outboard motors to fill me with the Christmas spirit. 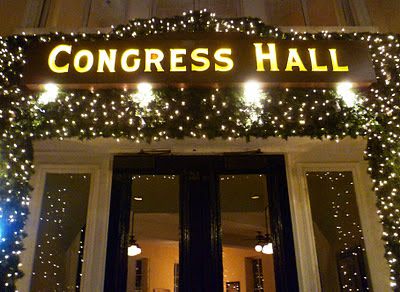 After the rigors of the parade, it was time for a drink at the Congress Hall, one of the more chic destinations in Cape May. 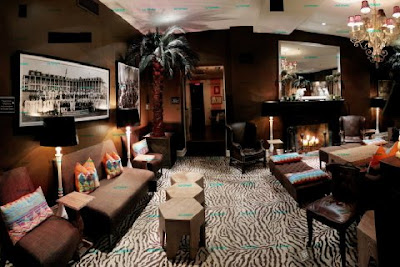 The hotel's Brown Bar is quite stylish and often features a pianist--this time someone doing Elton John numbers. The bar attracted the usual suspects, such as the canoodling twenty-something hipster couple in skinny everything, but drinking umbrella drinks, in addition to lots of parka-clad parade goers.

I sat a few seats from a rode hard and put away wet woman in a Canadian tuxedo (matching jeans and denim jacket) who had a New Jersey trifecta going on: false eyelashes, a glass of red wine, and chewing gum. There was a steady parade of fashionable people in evening wear wandering in and out of the wedding reception in the banquet room next to the bar. After about the third person, I wanted to shout "Is Next Evening Wear!" as in the old Wendy's commercial.

The night's grand prize went to the woman who was dressed as Snooki's interpretation of Ali McGraw in Love Story--just as crocheted, but tighter and covering less overtanned flesh. I met her when she came into the men's room and made herself at home in the stall next to me, while I used the urinal. I was peeing with all the vigor that a 50-some year old guy can muster, when all of a sudden it sounded as if I were standing so close to Niagara Falls that I could have gone over in a barrel. I so did not know that women sound like that in the john! And then just as quickly as she came in, she was gone, without washing her hands. I shouldn't have been surprised at that, after all, she had been, as they say, "overserved". However, I am a tad disappointed that I didn't at least get a Yuletide fist pump.