Alabama Bound: In a World of Hertz 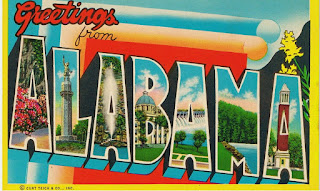 My friends Martha and Bruce were headed to Alabama—she was giving a paper at a conference—and they asked me to tag along. I hadn’t been there in quite some time, so I said sure, count me in. The plan was to fly to Atlanta and then drive to Birmingham and so on. 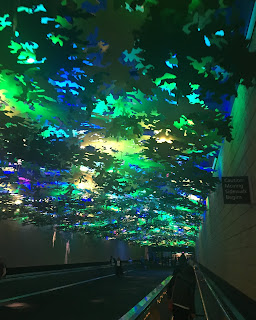 After an on-time landing in Atlanta, M, B, and I went to pick up our rental car. Based on the time it takes to get to Hertz Counter, via moving sidewalk, tram, and broken escalator, I’ve come to the conclusion that the rental car center might might actually be in South Dakota. 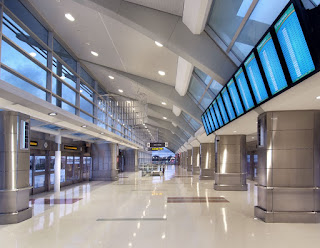 The rental car center is gigantic. In fact, it makes the biggest one I’ve been to--in Las Vegas--look puny.

It was my lucky day. There was no line at the Hertz counter. 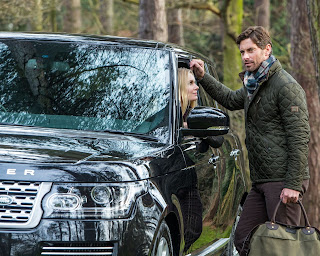 Shontay, the nice customer service rep, asked me if I wanted to upgrade to a Range Rover. I laughed. A Range Rover? She had to be kidding.

Then she asked me if I were in Atlanta visiting family. I said no, I wasn’t. I told her that I come from a long line of white trash she should be glad that none of my relatives lived there.  She laughed.  We were practically besties. I didn't even need to drop my cousin Kobe's name.

Shontay completed my paperwork quickly and didn’t hector me about upgrading the insurance or adding a fuel package, premium cup holder, or designer highway flares. In just a few minutes I was in the parking garage allegedly picking out my car.

Our section of the garage—for non-Range Rover-ing descendants of white trash—was mostly empty. Actually, I had a choice of one car. And that was fine. As of last week, I’d cast off my long held belief that the way to a man’s heart was through my rental car. As long as it gets you there and back, who cares what a rental looks like? 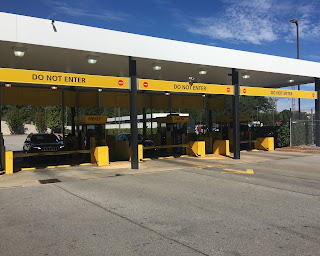 Once I figured out where at least 20% of the car's essential controls were, I started it up and drove over to the check-out booth. As instructed, I handed over my paperwork and driver’s license to the gate agent, Shontay (no relation).  We engaged in some friendly banter, she gave us bottles of cold Dasani water. When she'd finished checking out my documents and license, she lowered the gate, deactivated the big metal teeth in the pavement, and sent us on our way.

There was one more gate and set of big metal teeth to clear—all of 100 feet away--before heading out into the cauldron of Atlanta airport traffic.  Clearly Hertz does not think that less is more in the gates and big metal teeth department. The gate was up, the teeth were down.  Three days of cultural tourism were on the horizon.

I headed for freedom.

And then it happened.

The gate came crashing down.

An alarm went off.

And my first thought was “How did I screw this up?”

You see, I’ve a history with rental cars.

There was that time In Tempe, Arizona. I pulled out in front of someone. It was my fault. There was a pretty darned large dent in that car.

In Seattle, I scraped something in a parking lot. It was my fault. But that was nothing that some Comet Cleanser and judiciously applied dirt didn’t fix.

And that time a long time ago in England…with the broken rear view mirror? Definitely my fault.

But I was pretty sure that this time wasn't my fault. 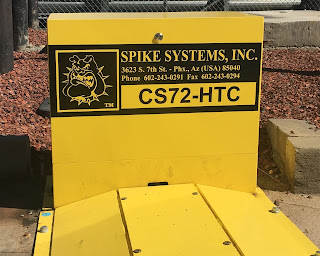 After what seemed like a long time, but was probably only a minute, an apologetic Hertz employee not named Shontay appeared. She sent for the manager. 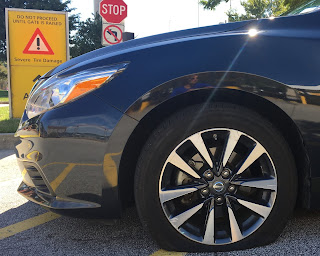 I asked if this had ever happened before and she said that it had. My experience was somewhere between a one off and a just another day at the office.

And it wasn’t even my fault.

In a few minutes, the manager arrived bearing more paperwork. She was effusively apologetic. She didn’t mean for the trip to start that way. She had a me sign a bunch of stuff and told me that I’d get a discount on the rental. 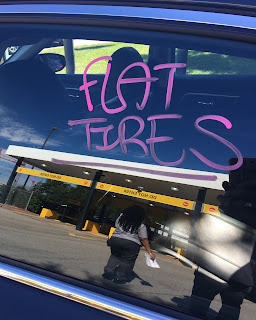 She had someone bring another car around. One that didn’t have flat front tires or show evidence of being hit by a parking lot gate. It wasn’t a Range Rover.

We moved our bags into the new car. I gave the parking lot gate the hairy eyeball before easing the car into traffic.  We were on our way.
Posted by Rick Bryant at 10:18 PM