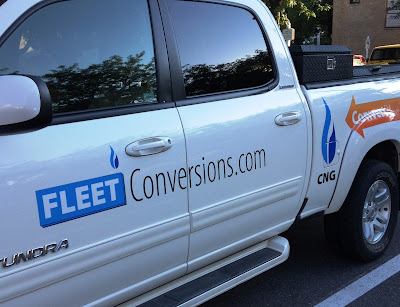 I saw this truck in downtown State College the other day and it brought back memories. And as you can see, it was even photo-worthy.  It's the word "Fleet" rather than the flame logo coming out of the gas cap that I find so amusing. (Note to FleetConversions.com...do you really think that's a good idea?) 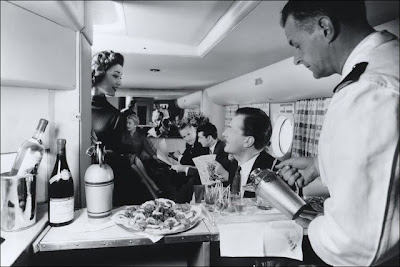 In perhaps 1994 or 1995, I was flying to San Francisco to play tourist and visit some friends. While 1994 wasn’t the “Golden Age of Air Travel” when everyone had matching luggage, airlines served gourmet meals, and cocktails and smoking on the plane were practically mandatory, it was still a far cry from the post 9/11 flying experience. Security was an annoyance but not particularly invasive, and sitting by an empty seat wasn’t even noteworthy. Flight attendants might have even been friendlier then—they certainly weren’t as harried and hassled as they are today.

So there I was, in the mostly empty back of the plane, with a row of seats to myself. There was one guy in the row ahead of me. I’d noticed him when we boarded: great hair, nice looking, well dressed, in shape, about my age. While it isn’t a truth universally acknowledged that a single man in possession of a good haircut on a flight to San Francisco is in no way, shape, or form in want of a wife, it was my guess that he was gay.

In the middle of the flight, after what passed for a meal service, the flight attendant came by and engaged both of us in conversation. It was rather a neat trick since Mr. Great Haircut and I had to talk through that gap created when one airline seat is reclined and the one next to it is fully upright.  There was no need for gaydar when it came to the flight attendant. He had the volume up to 11, as they say in Spinal Tap. He was toting an open bottle of champagne (leftover from the first class cabin, he noted) and offered us free glasses. The flight attendant also told me that I should move up a row to sit in one of the empty seats by the guy with great hair since it would make conversation much easier.

It turns out that Mr. Great Haircut was an off-duty flight attendant---hence the free leftover champagne; it was a professional courtesy. Definitely not in want of a wife, he gave good chat as long as you didn't get too near testosterone-soaked he-man type topics like football and baseball. While he was no threat to the Jeopardy Tournament of Champions, he was cheerful company on a transcontinental flight. 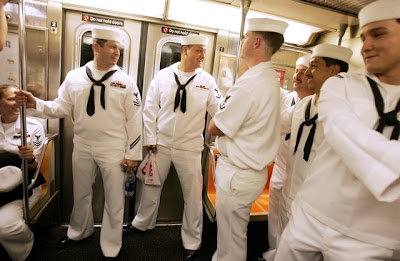 At some point I said, “You know, it’s Fleet Week in San Francisco.”

And then, putting my nerd bona fides right out there on the non-upright and unlocked tray table, I added “I read it in their Visitors’ Guide.”

“Fleet Week?” he replied, clearly not knowing what I was talking about.

“It’s when the U.S. Navy puts on a show and navies of other countries drop by. They show the flag, and build goodwill. It's hands across the sea and all that.”

And then, going for the low-hanging conversational fruit, I added, “You know, there’s something about a man in uniform.”

I'd say it was a long pause, but single guys on flights to San Francisco are prone to misjudging the length of things. So let me just say that it felt like a long pause.

“Oh. That kind of Fleet Week!” he said.  “I thought it had something to do with the brand of enema. We are going to San Francisco after all.”

I had to admit, he had a good point.

I haven’t been back to San Francisco in eons, but when I do, I’m definitely consulting its visitors’ guide, just to see if it’s Fleet Week. You know, there’s something about a man in uniform. Even when he's an off-duty flight attendant.
Posted by Rick Bryant at 4:33 PM