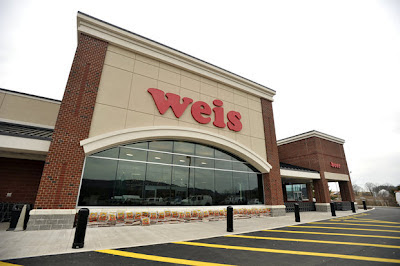 After church last Sunday, my sister and I went on an expedition to the new Bellefonte Weis supermarket. It’s not every day that you can go to the grand opening of a supermarket after church. Unless you’re Miss Arkansas, I mean. I suppose she does it all the time. Weis Markets mailed me a coupon for $8 off a $50 purchase and it was burning a hole in my pocket like nobody's business. Redeeming it after church, on the first day the store was open, seemed as good a time as any. If the day’s sermon was on self-denial, we didn’t listen very well.
According to the newspaper, the new Bellefonte Weis isn’t just a supermarket, it’s a superstore. Perhaps that’s because it sells beer and gas in addition to all the other stuff you can buy at a regular supermarket. The new store might have other amenities such as an esthetician and in-store Zumba, too, I wouldn't rule them out. In these days of supermarkets, superstores, and the even larger and more jumbo supercenters, I don’t know where to draw the line between what we should take for granted (e.g. the Kardashians on the front of every tabloid) and what’s an superstore-worthy amenity (e.g. Ryan Gosling on the cover of Vanity Fair, photos by Annie Liebovitz).
On a serious note, the downside of the place is that it’s on the wrong side of the Bellefonte bypass and so adds just another little piece of sprawl to a town that until a short time ago scarcely had a strip development. People can crow about how green the new building is, but more often than not, the greenest building is one that’s already there.
OK, enough of the sermonizing, back to our regularly scheduled programming.
So as you might guess, it was a happening place. All the parking spots were filled, and there were even attendants in the lot wearing reflective vests guiding the traffic around in circles as people waited for a parking spot as eagerly the cast of Jersey Shore awaits the opening of the tanning parlor on a cloudy day. 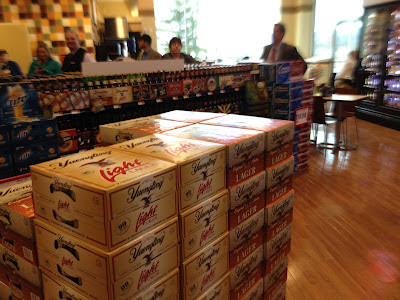 When we walked in the first thing we noticed was that the store sold beer, lots of it. I’m still not accustomed to supermarkets selling beer in Pennsylvania and don’t understand how that happened. But I am glad that it did. 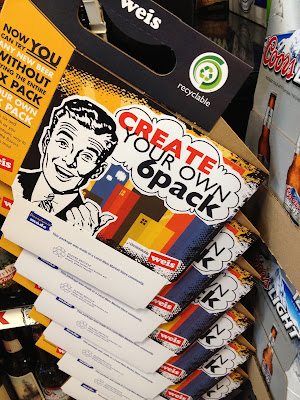 At the new Bellefonte Weis you can even buy beer by the bottle and create your own mix 'n' match six pack. Since 21st century American beer comes in such varieties as Lady Astor’s Toe Jam Double Bock and Sciatica Tranny Kumquat Lager, putting together a special six pack is much more fun than back in the 20th century when we had a choice of Bud, Miller, and Bud. 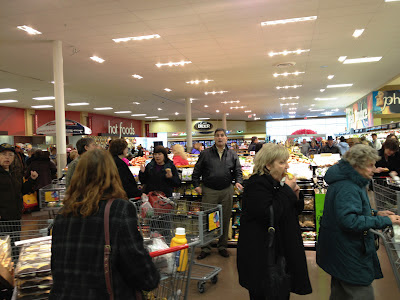 The second thing we noticed, after the beer (noticing beer first is part of our priceless cultural heritage), was the fact that each of the cars in the parking lot had to be carrying at least 14 people, because there were about a kabillion people in the store.


The veg section, right by the beer, featured not one, not two, but three Weis dieticians, one sort of the Weis version of a social x-ray in hideous faux Tori Burch flats. They were handing out recipe books and offering up samples of shrimp and walnut stir fry. (It was just OK.) I mentioned to them that my mother was a dietician and she particularly enjoyed cigarettes and percolated coffee. In return for this bon mot I got the “It's a pity your mother didn’t drop you off at the SPCA” look. Then, clearly not realizing that I was going down in flames, I shared, perhaps a bit too enthusiastically, that I was a Weis shopper, and that I loved my neighborhood store, Ghetto Weis. Perhaps I should have used its alternate, more upscale name, Soviet Weis. I don't know. Nevertheless, I was not offered a second helping of the shrimp and walnut stir fry. 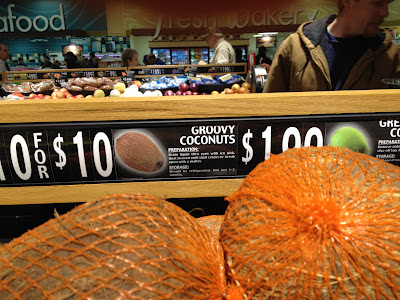 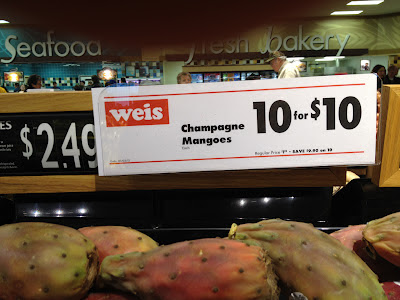 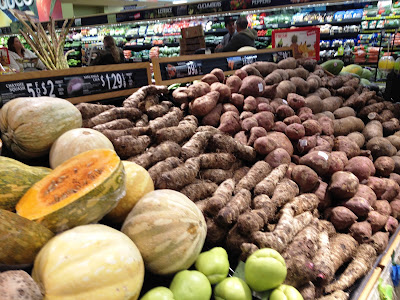 I had no idea that Bellefonte, my birthplace, had so many exotic fruit and vegetable aficionados. The new store has everything they could want from champagne mangoes, to things that look like a cross between turnips and firewood, to some stuff that even I wouldn’t photograph. 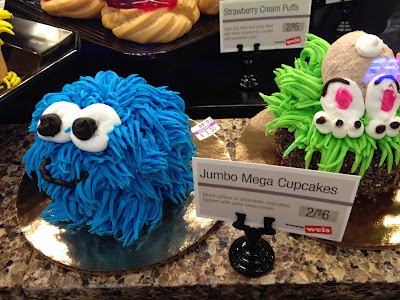 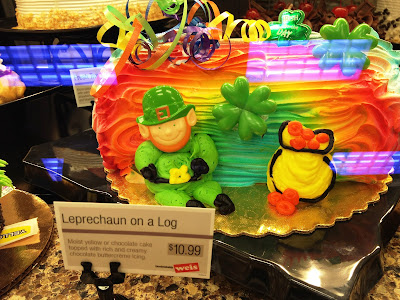 There quite a nice bakery with all sorts of breads that looked tasty and a bunch of confections that would make me say “You’re not going to eat that, are you?" 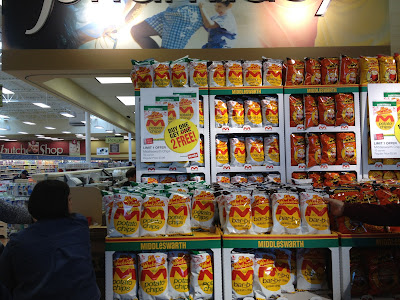 Middleswarth Potato Chips, without a doubt the world’s worst potato chips, were on sale, “Buy One Get Two”. As you can imagine, they were flying out of the store. It was practically like the Oklahoma Chip Rush in the salty snack department. The Middleswarth matron, who was busily stoking the towering inferno of a potato chip display, told me that they had already used the contents of three chip vans and were expecting a 53’ tractor trailer filled with the not so tasty morsels...and it wasn't even 1:00 p.m. yet. Yikes. 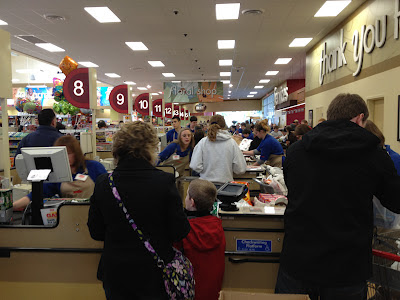 There are at least sixteen check out lanes and each one was open with both a cashier and a bag boy (or girl). And still the lines stretched at least half way to the back of the store. Each lane also had an air traffic controller, too. Her job was to keep the travel lane between the store shelves and check out area clear and to guide you to the proper cashier. I don’t know about other lines, but the people in our line, which was moving along at a glacial pace, were concerned about getting home in time for the Daytona 500. I am pretty sure they meant the 2012 Daytona 500 but I wasn't entirely certain.
Carolyn and I did make it home in time for the Daytona 500, but that was mostly because the race was delayed by rain from Sunday afternoon until Monday evening. Once we got to the cashier, the checkout was speedy and we saved something like $2,130,781.43 on our $51.79 purchase. I'm definitely going back to the Bellefonte Weis, since even if the shrimp and walnut stir fry is just OK, you'd have to be German Chancellor Angela Merkel not to fall in love with math like that.