A Link Not Worth Missing 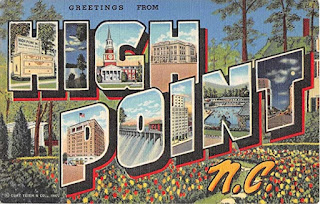 Earlier this month, my sister and I drove to North Carolina since my niece-in-law was receiving her doctoral degree from UNC. Even if academic robes and Elgar’s Pomp & Circumstance No. 1  were not on the menu--I'm a big fan of both--I would be celebrating Marcy’s accomplishment. 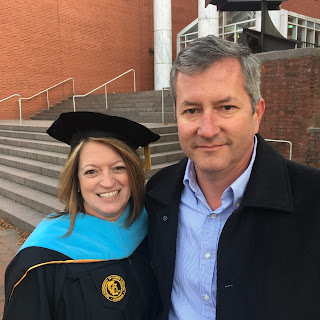 If you’re married to a guy who is at least 50% Bryant, hold down a full-time job, and a mother to two teenagers (yikes!), AND in graduate school (rather than the Advertised on a Matchbook Academy for Long Haul Truckers and Country Songwriters), my hat is off to you. Yay Marcy!

But I'm getting ahead of myself. 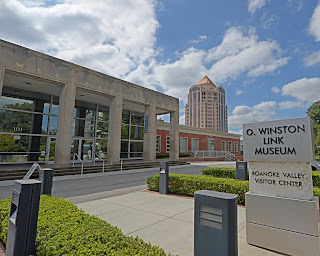 On the way to the graduation in the Tar Heel state Carolyn and I made an unplanned stop in Roanoke at the O. Winston Link Museum. We were ahead of schedule and the museum was conveniently located near the interstate highway for e-z on and off. 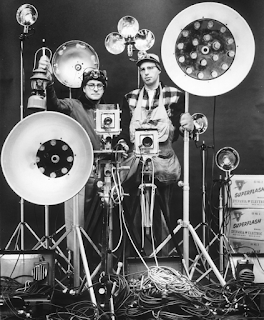 O. (which stands for Ogle, quite appropriate for a photographer) Winston was a commercial photographer from New York City. He’s famous among people who like train photos (and beyond) for his photos of the Norfolk and Western Railway. He's the guy on the left in the above photo. 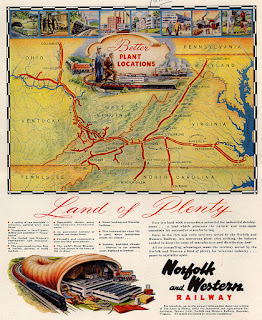 In 1955, the Norfolk and Western was the last major railway in the US using coal-fired steam locomotives.  Link, on his own dime and in his own time, spent five years shooting the railway in Virginia and West Virginia as it was transitioning to diesel engines. He had some support from the railroad—not just the executives but the working stiffs as well—but it wasn’t as if they commissioned him to do the project. 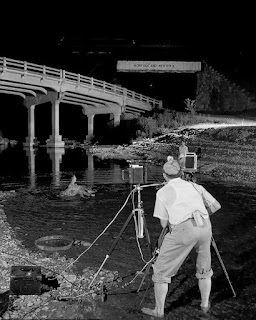 Link liked to photograph at night, and this required him to figure how to light the images---a much more complicated process than turning on the flash on an iPhone. Link’s academic background as an engineer helped him to work through serious technological and logistical problems night photography caused. 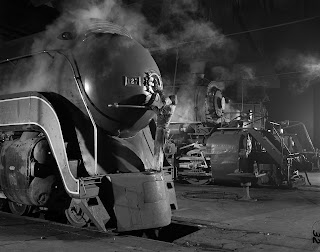 On its face, the idea of taking photos of enormous locomotives—enormous black locomotives, belching black smoke—at night is pretty crazy. But Link was more than up to the task. 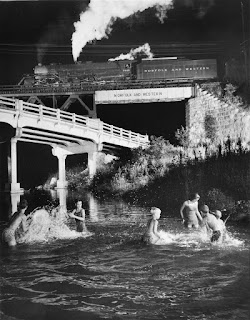 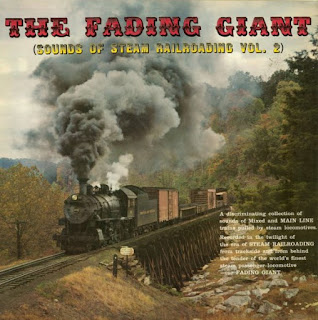 In addition to taking photos, Link also made audio recordings of trains and released them as LPs—that people actually bought! Proceeds of record sales helped finance the larger photography project. Presumably, someone, somewhere, preferred the sounds of Train 42 'The Pelican' headed by Norfolk & Western 4-8-4 Class J No.603 arrives at Rural Retreat, VA on Christmas Eve 1957 to Mele Kalikimaka by Bing Crosby and the Andrews Sisters. Crazy. 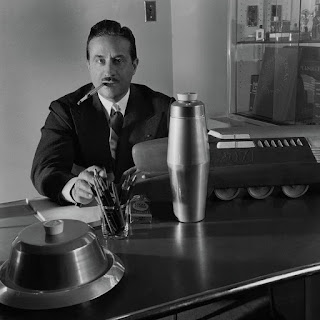 The Link Museum is located in the Roanoke’s former Norfolk and Western passenger station. The building was redesigned in 1949 by Raymond Loewy, the industrial designer. He’s responsible for the Coca-Cola bottle, the Exxon logo, the Air Force One paint scheme, and lots of other objects and brand images we still see in daily life—he’s been dead since 1986. 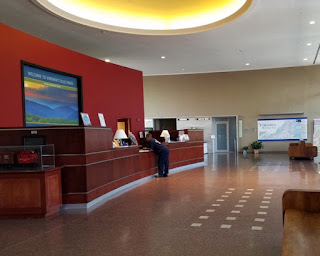 The moment we walked into the building we realized we weren’t in any old train station. It’s bright and airy, with terrazzo floors, a domed ceiling, and handsome and age appropriate san serif aluminum letters naming each gallery. In addition to housing the O. Winston Link Museum, the building also contains The History Museum of Western Virginia and the Visit Virginia’s Blue Ridge and the Roanoke Valley Convention and Visitors Bureau. My guess is that no one even tries to fit all that onto a business card. 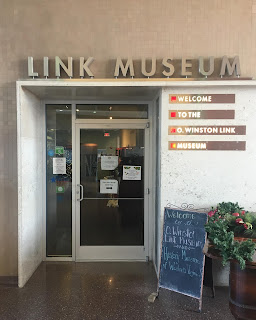 We walked in and the woman at the front desk directed us to the O. Winston Link galleries.  A courtly gent at the counter sold us tickets but warned us that Santa would be in the galleries on the lower level. Who knew that Santa was an O. Winston Link fan?  I wished I’d brought my Christmas list; I could have used some face time with Jolly Old St. Nick.

Some of the galleries were decorated in the style of Macy’s Santaland, but for the most part, the Elf on a Shelf-ness was kept on the downlow. As for Santa, he was totally top notch, worthy of a high-end department store gig in New York or Chicago when he’s not supervising the elves at the North Pole. My guess is that he’d never had a pants-dropping wardrobe malfunction the way I did when I subbed for Santa at St Paul’s Christian Pre-School. 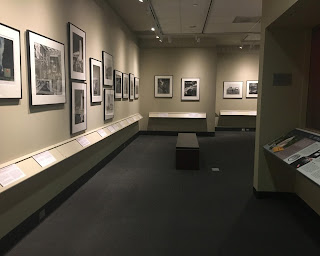 The museum was just the right size for someone like me, with the attention span of a gnat. There were some video screens, and a couple of displays of equipment and so on, but for the most part, the museum galleries were filled with large prints of Link’s photos, generously described in the accompanying text. 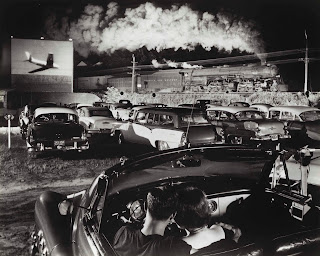 There were images I was familiar with, and lots I’d never seen before. 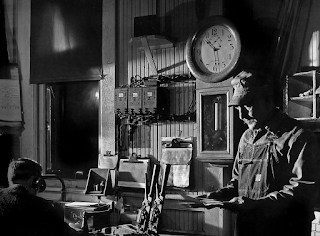 In fact, I thought he only photographed trains, so his images of the men working on the railroad were quite a surprise. 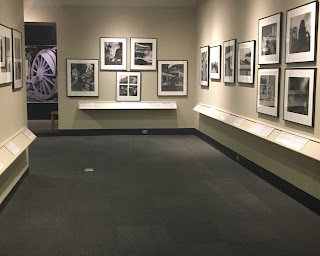 The museum was old fashioned, yes, but I’m old fashioned. I don’t need any new-fangled QR codes to read with my phone, an audio tour, or worst of all, an event aimed at millennials, like a live-streamed bachelorette party, to make a museum enjoyable for me.

After the obligatory trip through the gift shop—where the courtly gent told us that he actually knew Mr. Link, I did the jiffy tour of the Raymond Loewy exhibit before we got back on the road. 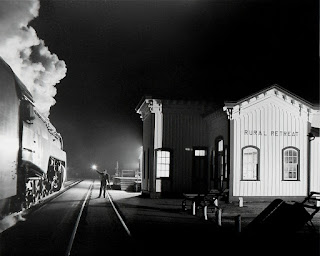 While I’m not going to replace the Mele Kalikimaka on my phone with Train 42 'The Pelican' headed by Norfolk & Western 4-8-4 Class J No.603 arrives at Rural Retreat, VA on Christmas Eve 1957 anytime soon, I did my part in the gift shop. Santa looked pretty busy; I thought I'd save him a little work.

And with that, practically as fast as the Norfolk and Western's Powhatan Arrow, we were back on the road, in awe of a guy who captured a moment on black and white film.